The American Heart Association has made the difficult decision to end the Little Hats, Big Hearts program this year out of an abundance of caution. The little red hats, knitted and crocheted by volunteers all over the country, helped to bring awareness to heart health and congenital heart defects but concerns were raised recently of increased risk of Sudden Infant Death Syndrome (SIDS). While Memorial Health System Family Maternity units are no longer collecting the hats for distribution, the little hats should be safe when used with supervision.

Below are some guidelines from the American Academy of Pediatrics on safe sleeping practices.

Volunteers from the American Heart Association and Illinois National Bank (INB), the local sponsor of the Little Hats, Big Hearts™ campaign, delivered red knitted and crocheted hats packaged with information about congenital heart defects and the American Heart Association online patient support network. Thank you to employees and volunteers who contributed time and talent to create more than 400 red hats for this initiative! 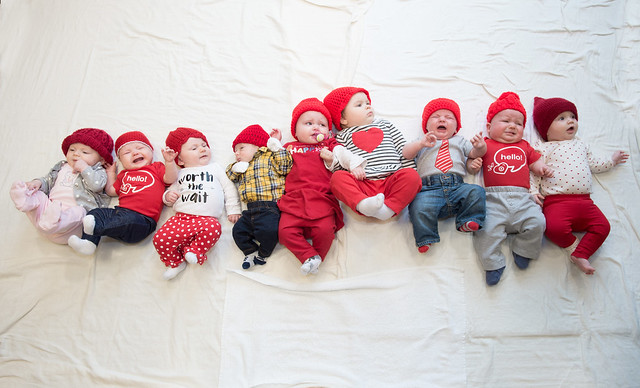