Monkeypox: What You Need to Know 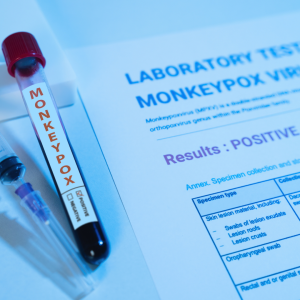 Wondering about the latest news reports about monkeypox in the United States? The Centers for Disease Control and Prevention as well as the Illinois Department of Public Health are closely monitoring the outbreak and working to educate the public. Here’s what we know:

Monkeypox is spread through direct contact with an infectious rash, scabs or body fluids; respiratory secretions during prolonged face-to-face contact or intimate physical contact; touching objects or fabrics previously touched by the rash or body fluids of someone with monkeypox; or being scratched or bitten by an infected animal.

Monkeypox causes a rash, and it can spread from the time symptoms start until the rash has fully healed and a fresh layer of skin has formed – usually several weeks. Monkeypox can be acquired by all people, regardless of gender identity or sexual orientation.

Below are answers to some frequently asked questions about monkeypox.

If you experience new rashes or are concerned about monkeypox, contact your healthcare provider.